2738 – the height in metres of the highest point in the valley, reached by the Saulire telecabine. It is possible to ski all the way back down to Courchevel or pop over to Meribel from here.

150 – kilometres of pistes in the Courchevel ski area. That includes 19 green 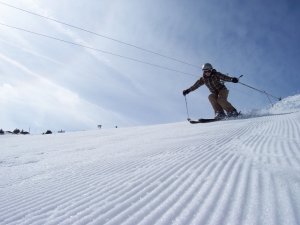 36 – speed in km/hr of the famous Saulire cable car.

1747 – the actual height in metres of the centre of Courchevel 1850! The marketing team decided to measure from the Jardin Alpin area to make the number nice and round and to compete with rival resort Val D’Isere!

11 – The number of Michelin stars awarded to restaurants in the Courchevel Valley, including our very own Le Farcon in La Tania.

11000 – the number of British teabags imported every winter by Snow Retreat to make sure our guests get a real cuppa to go with their cake after a hard day skiing! 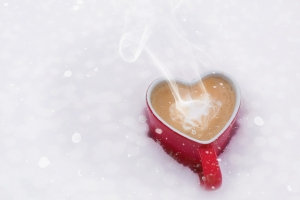 58 – Number of ski lifts in the Courchevel valley that ferry skiers and snowboarders throughout the winter.

525 – the length of the Courchevel Altiport. This very short runway is used mostly by helicopters and small fixed wing aircraft and its lack of lighting along the runway gives it its reputation as the 7th most dangerous airport in the world.

1 – Snow Retreat’s ranking on Trip Advisor – thanks to all of our happy guests !